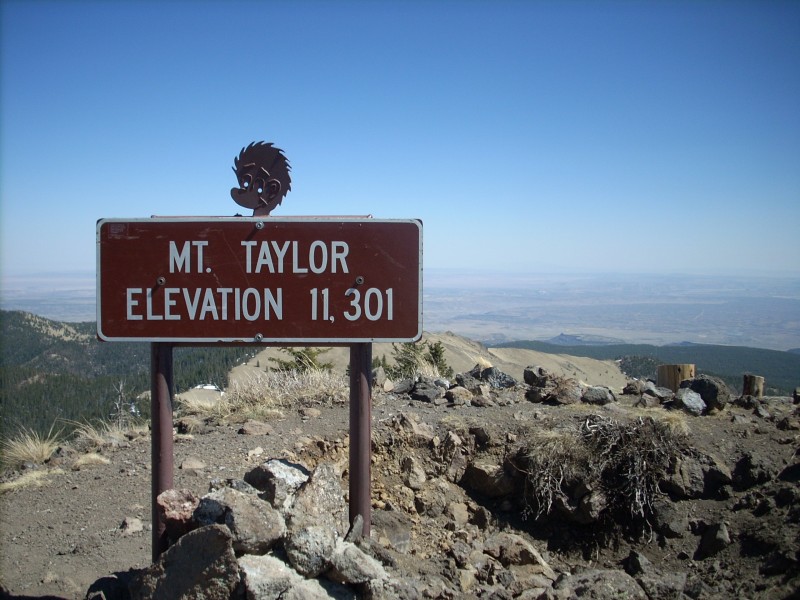 Mt. Taylor was first explored for uranium in the 1970s

In September 2015 I began contributing to KSFR-FM, Santa Fe Public Radio, as a talk radio host and freelance news radio producer. I contributed 14 show segments to Santa Fe Radio Café from September 22d to October 27th. I reported and interviewed experts on the refugee crisis in Europe, on issues of education, on the growth and qualities of cities, and on cultural subjects. I was asked to be a news reporter for News at Noon, the daily news show, at the same time. I have been reporting on the breaking environmental news about the proposed reopening of the Mt. Taylor Mine in southwestern New Mexico. I have reported and produced five news features for the Santa Fe news show, News at Noon, from September 22d to December 18th. The news links are included here:

Ellen Berkovitch interviewed Hopi, Zuni and Navajo tribal leaders and activists about Mt. Taylor for this update on the proposed reopening of a uranium mine near Mt. Taylor. They described the legacy of uranium mining on tribal lands in New Mexico and the southwest.

Ellen Berkovitch reported from a New Mexico Mining and Minerals Division hearing in Grants, NM that heard the petition by Rio Grande Resources to put Mt. Taylor Uranium Mine back onto active status.

The Inter-American Commission for Human Rights in Washington, DC heard testimony from members of the Red Water Pond Rd. community on Navajo Nation. They appeared in front of the commission, part of the Organization for American States, as part of the commission’s hearings on the right to clean water. Ellen Berkovitch conducted this three-part interview live on Santa Fe Radiocafé.

Interview with Hopi, Zuni and Navajo tribal leaders and activists about proposed reopening of a uranium mine near Mt. Taylor.

A three-part interview about the Inter-American Commission for Human Rights in Washington, DC.